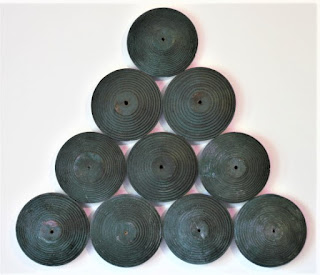 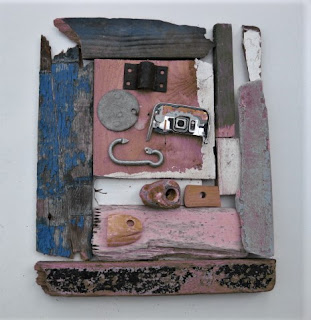 Posted by John Parsons at 09:10 No comments:

Posted by John Parsons at 15:54 No comments:

Colin Blundell's review of my new book Beneath The Lighthouse

Posted by John Parsons at 15:54 No comments:

Beneath The Lighthouse, a new book of haiku, senryu and tanka

BENEATH THE LIGHTHOUSE
New book of haiku, senryu and tanka by John Parsons

If you’re new to the Japanese haiku & tanka forms, it’s worth knowing that you don’t need to read the whole of John’s book from cover to cover in one sitting; opening it for a random delight or insight or even outsight will very well fit the nature of both forms since in their own way, and certainly in John’s case, they are random records of sudden intimations of unsought profound understanding of the way things really are. Having said which, it’s worth lingering over the first few pages here to experience a narrative reflection on the sadness & upheaval associated with moving house and the subdued excitement of settling into a different place. That way you begin to appreciate John’s knack with words; the way they can work together to transmit a thought-complex in an economical way: ‘we pack/the house’– the whole house because it’s impossible to contemplate the parts – ‘slowly’ – because lingering over what the parts memorialise is difficult– but ‘the blank walls increase’ – there’s more of them, the sadness of ‘blank’ – but you can
also read them as serving to ‘increase/the feelings of emptiness’ (the word ‘increase’ faces both ways) – as you get a visual impression of man & wife carefully wandering around, step by step to make sure everything is packed. Such nice use of language persists: at the new house there’s a ‘still pond’ in which a feral cat drinks; look again and you read that it ‘drinks in/the silence’ – either it drinks in the silence or it drinks the silence itself or both... On perhaps a first expedition from the new house, we have ‘pier chips’ but it’s the sky that’s ‘salted/with gulls’ diving for the chips, as grains of salt fall from a cellar! From small grains of awareness, we are taken on cosmic journeys and mysteries: in the new garden, we are ‘weeding
out mares tail/roots millions of years deep’ reminding us of the ‘promises we make’ which did seem ‘deep’ at the time we made them; the ‘moon’s grip slackens’ – a mysterious first-line-of-a-haiku idea in itself but then there’s what’s called a ‘pivot line’ which you can either read as its continuation, it ‘slackens/tides within and beyond’, or connect it with the same tides that flow into the last line of the haiku, ‘tides within and beyond/keep us in touch’ – inner tides of feeling and attraction unite us, the tide of the blood matching the tide of beyond-time. Walking the Icknield Way, John becomes aware of stepping in the footsteps of the ancestors ‘under countless stars’. Such small offerings yielding up universal sensations!
There are many moments of sudden intense recognition of things we habitually choose to consider not worth noticing: there’s a ‘softening’ which is ‘that point where snow/becomes rain’; there’s a ‘pattern of stones’, on a beach maybe, which is ‘perfect for what was/just this moment’ – the imperfect tense ‘was’ is about the way the stones have been deposited by time and tide in the past, the resulting pattern is in the NOW; delayed ‘at the crossing/a hearse driver/checks his time – mustn’t be late for the funeral NOW...
There are delightful fancies whose attraction is often in the way they scramble one’s sense-awareness: we notice a slender lightning conductor on a house top, then the blackbird sitting on it, then its sudden ‘solo’ which organises, or ‘conducts’, what we see with a tune that goes like lightning into the consciousness; or else perhaps the same blackbird gathers with others on a cliff top to offer us ‘a whiff of shanty/in their song, appropriate to being by the seaside. There is an exquisite sense of absence in the fact that ‘somewhere out there/in the evening garden/remains of the day’or ‘flutters at the edge/of vision a nothingness/of wrens’. Often absence is conveyed in a way that can be called ‘the distance between’: on a tall cliff there’s a seat where lovers are likely to have sat, but time passes and ‘between memories/his end faces golf/hers the endless sea’. Golf or gulf? There are long histories conveyed with minimal nostalgic expression as in ‘as I repair/this old house with tools/my father left/an intimacy occurs/never felt so long ago’ and ‘I walk cliff paths/with long lost friends/in my head’. There are ‘smudges of blackbird/in a leafless hedge’ which can, if you choose, be compared to a ‘dark thought shrugged off’ – after all, it’s just a rather upsetting smudge. In any case, ‘why ponder/the meaning of life/when there are clouds’ ? And finally, since haiku are essentially lightly done, there’s a nice sense of humour comes through: ‘from a crossword...’ (or is it a ‘cross word’?) ‘he looks up two letters/across for hello’ (‘Hi!’ – my solution comes from years of being asked to help with the Observer Crossword on a Sunday evening!); ‘through binoculars/a tight clump of birders/swivels’ (just imagine!), similar to heads swivelling watching a tennis match; ‘day after/clearing autumn leaves/autumn leaves’. The question at a Quiz Night was – What is the name given to trees that drop their leaves in autumn? The bright old lady’s answer is ‘a nuisance’. Successful haiku and tanka leave you to make what sense you like of them; they spark off other ideas; their writer has the integrity to leave you with that option; John gives you plenty of space to wonder/wander.

Colin Blundell (editor of the British Haiku Society Journal for many years) 30th October 2017
Posted by John Parsons at 08:17 No comments:

Posted by John Parsons at 07:06 No comments:

Posted by John Parsons at 07:03 No comments: